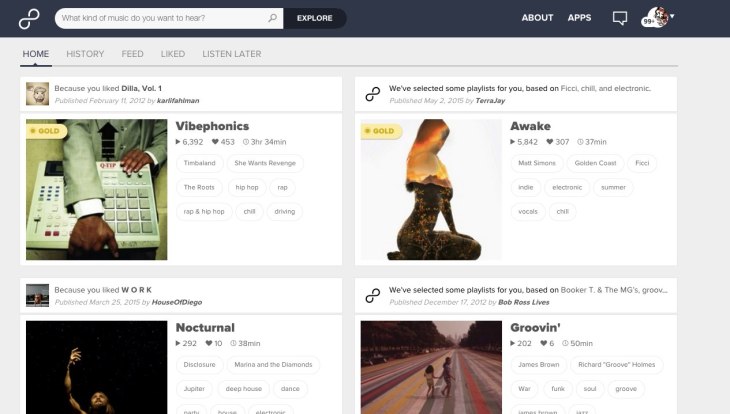 We’re excited to share with you today the beta launch of our smarter, redesigned website that suggests playlists based on your listening preferences. Now, when you log-in, you’ll be taken to your new, Facebook-like, home feed that surfaces 8tracks’ depth of content. The feed provides personalized recommendations for playlists that draw from a variety of inputs, including your expressed preferences – tag searches or selections, liking a playlist or track – and social cues, such as the other community members that you follow.

The new design also includes a greater emphasis on our community of unique DJs with their profile images assigned to each playlist in search results and in the playlist description: 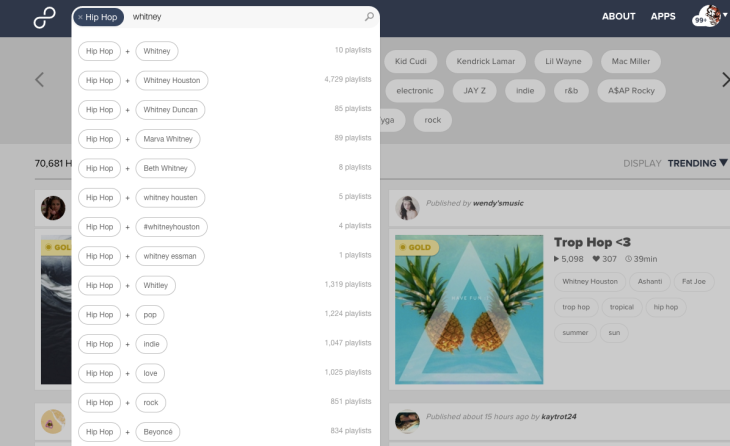 We’re going to unroll the beta website over the next few weeks. A limited number of listeners will be presented the opportunity to try the new beta site as of today. Within a month, 8tracks will extend the option to the larger community to toggle between the two versions, before making a final switch to the latest one.